As you may recall, last year we profiled our Committee members, along with our coaching team and some of NOLTC’s amazing volunteers. Inevitably things don’t stand still and there have been some changes to the Committee. Over the coming weeks we’ll let them introduce themselves. Let’s start with our brand new ladies’ Captain. 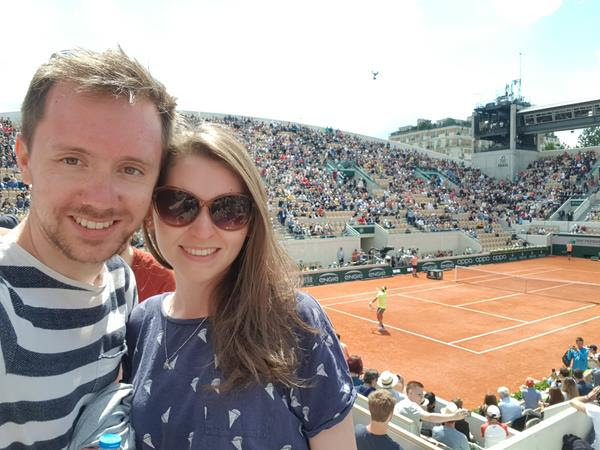 I started playing tennis when I was 10. My Dad used to take my brother and I to the park across the road several times a week and persevered with teaching us, between fights over whose turn it was and who was better! I joined North Oxford three years ago and have played for various Mixed teams, as well as the Ladies A and B, recently taking over captaincy of the A team.

Working with the other team captains to ensure our teams are fair, well-represented and that everyone who wants to have the opportunity to play competitive tennis gets the chance to do so.

The grass courts. Every club I played against in North London where I grew up had Astroturf courts, and if you were lucky, the occasional hard court. So when I moved to Oxfordshire and had the opportunity to play on grass for the first time, it was such a treat! Nothing better than a hot sunny day playing tennis on the NOLTC grass courts.

I’m also a member of a running club. You’ll find me constantly trying to better my 5k and 10k times, as well as running half marathons for fun. I got into cycling during the first lockdown and am now working towards my first 100km ride. I’m also a big football fan – Arsenal, unfortunately – but we don’t need dwell on that right now.

Elf. My boyfriend insists we watch it every December without fail, preferably more than once. We can recite most of the lines by now!

As long as it involves chocolate, dessert every time. I’m always suspicious of those who would pick a starter over dessert.

S Club 7 at Wembley Arena. What an exciting night a young me had. Until they went and ruined it at the end by announcing they were becoming S Club 6. Their music just wasn’t the same after that…

Novak Djokovic in Monaco. It sounds rather glamorous.. until I say I dropped the Subway I was eating in my excitement, ran over to him to ask for a photo, to which he looked at me and said “No, sorry.” and walked off with his wife and dogs. That counts as meeting, right? I’m not bitter, but I’ve been supporting Djokovic’s opposition ever since.

At the moment, I just hope we can go back to normal playing tennis as often as we want, with fellow club members and against other teams, without having to worry about all the covid restrictions.