I don’t remember what I was doing at the age of eight, but it is more likely to have been swapping football stickers then playing in county tennis tournaments.

Luckily North Oxford’s juniors are much more active, and last weekend a team of four sealed second place in the Oxfordshire Lawn Tennis Association’s Junior Winter League tournament for the nine-and-under age group, which was held at Oxford Sports.

The tournament was for juniors who play with an orange ball – but two of our four members are actually young enough to be playing in red ball tournaments for kids aged eight and under. Clearly stepping up an age bracket did not intimidate them!

The team of Douglas Baird, Hugo Wache, Iris Saville and Seth Carlisle are pictured in order (left to right) below.

Tom Francis, who organised the tournament in addition to coaching at North Oxford Lawn Tennis Club, said: ‘It was a really good day’s tennis and all the players conducted themselves well both on and off the court. We should be proud of them. A big thank you must also go to Jenny Saville (Iri’s mum) who helped captain the team on the day.’

I hear the juniors came through a nerve-wracking ‘shootout’ to win their semi-final match. Clearly they have all been watching Andy Murray’s nerveless performances in this year’s Davis Cup!

Keep an eye on the website for some more in-depth profiles of our juniors in the following months. We are lucky to have some of the top juniors in the county – and indeed the country – and we’d love to hear from any other children or parents who would like to join our coaching programmes. 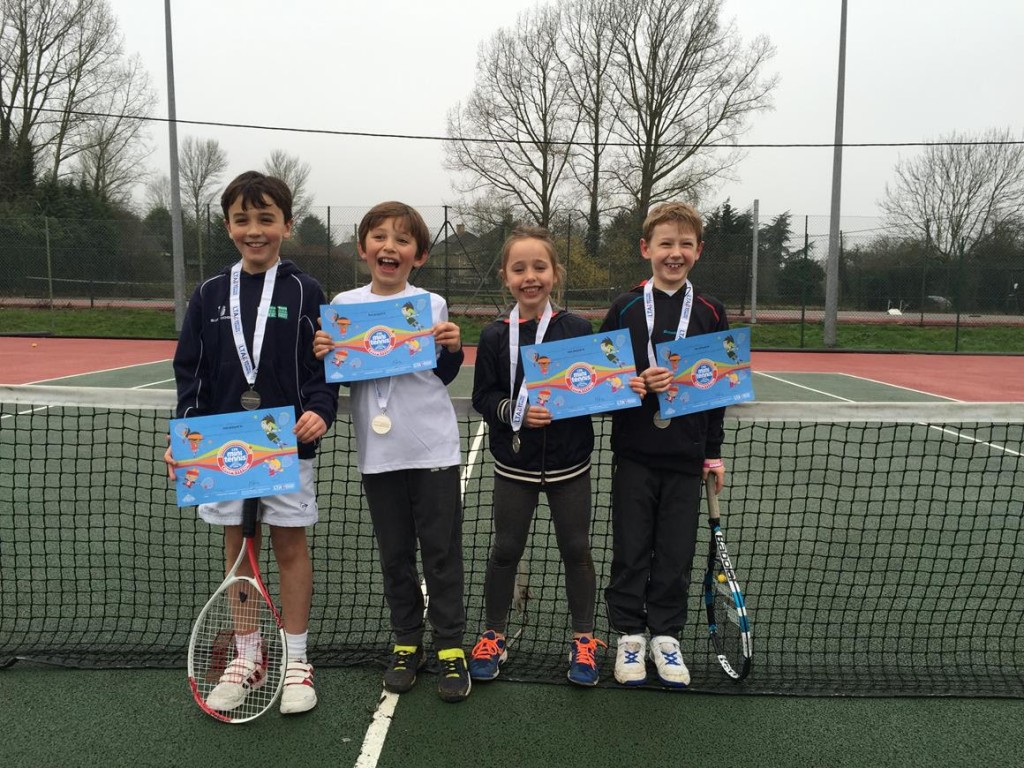