We had 3 teams playing in the LTA’s Team Tennis last weekend.

Our men’s first team had a fantastic start in their first match in the National Division having been promoted from the Regional last year, beating West Hants, Bournemouth 8-4 thanks largely to Ben Calnan who won a 2.30 hour thriller in the singles.  Jack, Ben and Jon all started their playing careers at the club and it’s great to see them build on the unbeaten success they had last year in the Regional division! 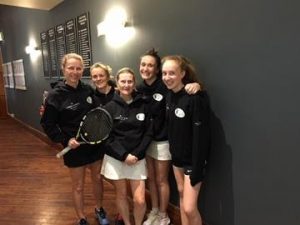 Our U12 Boys team of Django, Arthur, Bobby and Monty were incredibly unlucky losing a very tight match to Oxtalls, Gloucester on a tie break shoot out 6-7. 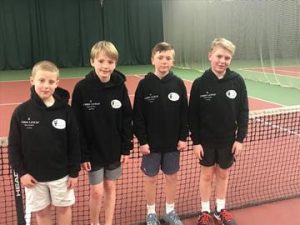 We wish them all well and please try to get along to support the home teams next weekend, there will be some amazingly good tennis played!