North Oxford Juniors at the Oxford Festival of Tennis

Last week saw the very best juniors from across the county converge on North Oxford Tennis Club to battle it out for the crown ‘County Champion 2021’.

We are very lucky to host this prestigious event year on year. The atmosphere throughout the week is great and our own players are able to compete on courts that they practice on week in week out.

In total we had over 29 North Oxford members play in the event from our youngest 8u players up to our 18u players.

The standard was very high and the North Oxford players had some great results during the week. A huge well done to all who competed and represented our club in an exemplary fashion both on and off the court.

We would encourage all of our juniors to get involved in competition with the goal of competing in this event next year.

A few standout performances were:

8U Boys – Runner up – Freddie Edmondson

Well done to all of you who competed at the event this year! 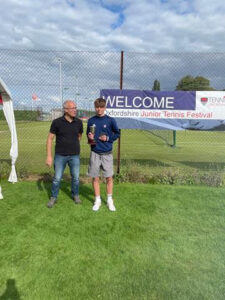 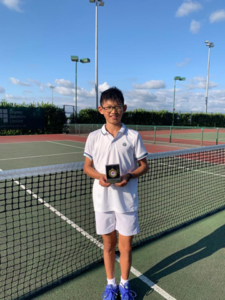 11and Under Consolation winner Bryan Goh 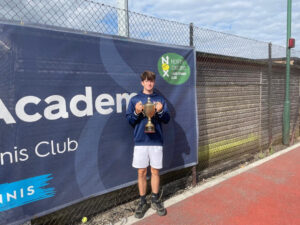 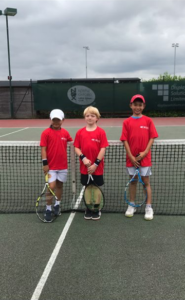 9 and Under players Left to right – Austin, Arthur and Timothy