Capping off a great season, our Men’s over 35 team faced tough opposition from St. George’s Hill in last weekend’s final at Abingdon’s White Horse Leisure and Tennis Centre. Over the 2-singles/3-doubles format, the team were tested by a team that featured former Davis Cup player Dom Inglot. 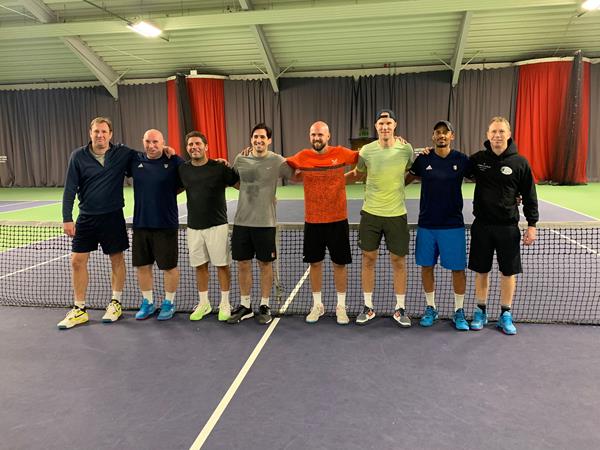 Jon and Allan played Singles matches whilst Richard and Joe played the doubles.  Unfortunately the opposition was just too good and we didn’t manage to win any of the matches although Jon took his Singles match to a championship tie-break and Richard and Joe went to a tie-break in the first set against Dom and James.

Well played to everyone who helped get the team to the finals in the first year of entry, and thanks for some great tennis to watch last weekend.