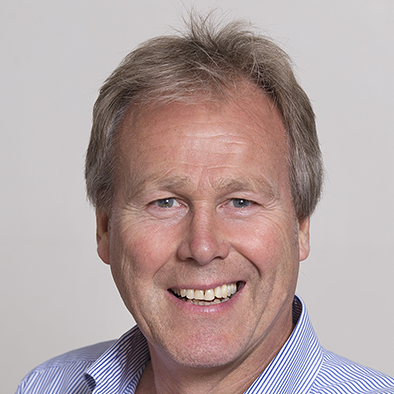 Proving that tennis is a sport that you can play throughout your life, our next profile is of a long-term club volunteer

Tell us about your tennis life.

My very first memories are of playing in a sandpit at Enfield LTC watching my parents play through the stop netting. It’s hard to believe but I was coached from about 7 yrs old by Lionel Bradford, then in my teens by the infamous Dudley Georgeson. I captained my school tennis team (Highgate) and, having been weaned on grass courts, I played county tennis for Hertfordshire (then group 5) in the 1970’s.  I moved to Oxfordshire in 1983 and immediately joined NOLTC when I first took on Mens A captaincy which lasted all of 12 years, I think.  I’ve had various shorter spells as club Mens captain and A/B team captaincy since then as well as two spells on the club committee mainly in tennis development roles and lastly as deputy chair 2016-2018. Currently I captain the Mixed A team, play in Men’s B  (sometimes A if they’re short) and manage the Men’s top Team Tennis team in the National Division. My most significant achievements on court were winning the club men’s doubles a number of times; most memorable being playing on Centre Court at Wimbledon for an hour under the closed roof in 2011, with my son Chris and then doubles partner Jay Sexton, having successfully won ‘a Wimbledon experience’ in an auction of promises; before that in 2005, with Cholsey O45’s team we qualified for the European Club Championships played at Val do Lobo, Portugal where the experience was awesome both on and off court…!

What was your favourite film as a child?

What’s your favourite piece of music?

To attain the position as a centre of tennis excellence in the region, supported by the LTA and commercial sponsors, and to become master of its own destiny with a clubhouse and facilities that serve the best interests of its members.