We all know that NOLTC has the most amazing and talented group of coaches you could hope to find. But did you know that there’s a Davis Cup player amongst their ranks? It’s time to meet 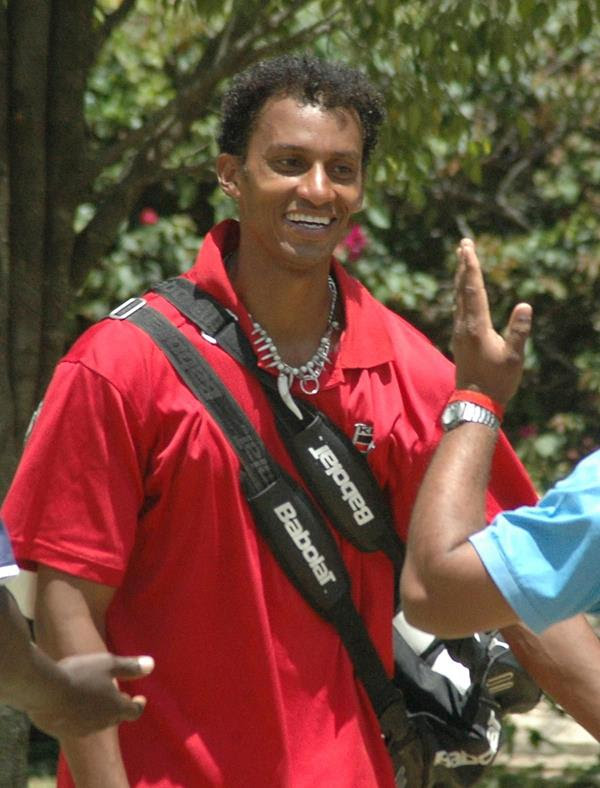 I can’t remember exactly when I first started playing – but I was barely tall enough to use my mother’s wooden Slazenger Challenger (which weighed almost as much as me). I began like most other kids in those days – against a wall. At around the age of 7 I began playing on courts as I delved into most other sports on offer at my school, but found it difficult. After a humiliating initiation into the world of competitive tennis, I made it a personal quest to be as good as I could be to turn things around… and soon enough I found myself on the school’s first team. After juggling tennis with numerous other team sports I was privileged to participate in at my various boarding schools, I found myself representing my country (Kenya) aged 12yrs on Junior ITF Circuits around Africa. Three years later, and although I still didn’t really specialise in tennis, I was selected to join the Davis Cup Team (aged 15yrs). It was at this point I started to feel I wanted to play tennis more and more, so started to rearrange my school-life towards that end. My adventures saw me traveling across a few continents and picking up accolades along the way (both individually and within teams). Coincidently my path crossed North Oxford’s Lawns in May 2005 – where I was on track to beating a certain Frederik Nielsen and Sadik Kadir with my partner (Matt Lowe)… but sadly  that didn’t happen!

What does your role involve?

I coach a variety of levels ranging from mini-red players to adult development, but I mostly enjoy working with performance players.

North Oxford has a rich history and has housed so many fantastic coaches and players, who have come up through the ranks and who always fondly remember their experiences here. The relaxed atmosphere and family-friendly vibe people get at the club are amongst one of its best characteristics.

There are so many that come to mind – mostly other events that I have watched. But my own would probably be when I was in San Marino playing Davis Cup and our challenge was to not get relegated… I pulled off a three-set win with an injured leg in the deciding match against the host nation after a dramatic series of events which included one of our team-mates being stranded at Heathrow airport for five days, missing our connecting flight and sleeping on the airport floor overnight, only to arrive hours before the opening ceremony at the main event without practicing following a four-day ordeal. Needless to say we were ecstatic.

Kung-Fu Hustle. I actually bought this on Amazon and it was worth every penny!

It depends which cuisine… mostly starters

What’s your favourite piece of music?

To continue being a bastion of rich tennis development and easy-going access for players of all abilities in Oxford, and perhaps to also expand the facilities to include clay or indoor courts further down the line.