Continuing our series of introductions to committee members, here’s a chance to get to know our Vice Chair a little better 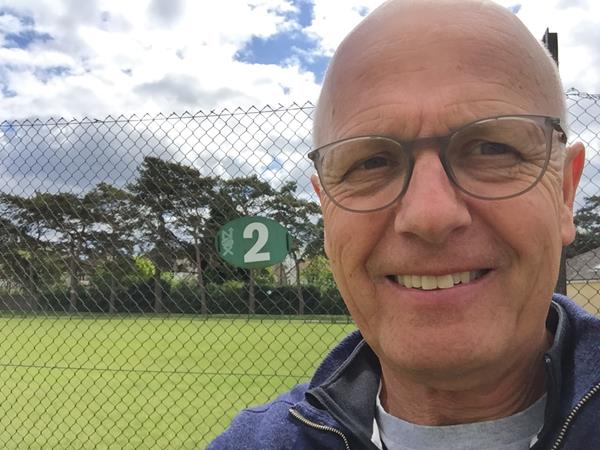 I never played tennis in Holland as a child – hockey was our main game. I came to London in 1975 but did not take up tennis until I moved to Oxford in 1996. I first joined Oxford Sports for one season and then discovered North Oxford .LTC. Andy Barr was Chair at the time and Steve Winter was the coach.

I try and assist Sarah with her mountain of work and more often than not we make the right decisions for the club. I hope.

The busy junior coaching programme, with lots of juniors there every weekday on 6 of the hardcourts.

My first sporting memory is going to Oslo with my Dad and 2 older brothers to see the World Speed Skating Championships in 1967, as the Dutch were pretty good at it. As a child we skated on the canals and lakes each year. Sweet memories.

What an unfair question! It’s a toss up between One Flew Over the Cuckoo`s Nest or Butch Cassidy and the Sundance Kid

I have a terrible sweet tooth. And love Eton Mess!

What was the first band you saw live?

Creedence Clearwater Revival in De Doleen, Rotterdam`s Concert Hall , in 1968. I can listen to them over and over again even today.

Where was your most memorable holiday?

I have traveled quite a bit, including for business, to Pakistan, Australia and the USA and have been to most European countries both, on business and for pleasure. But last year’s 3-week trip to India tops the list. The people, the street food, the kindness, the climate.

The future should be to make the club look better in every corner. I am hopeful, and in favour, of converting possibly 4 of our grass courts to en tous cas