Here is one of the club’s most familiar faces. He’s a coach so would normally be at the club every day, and he has a key role on the committee as Men’s Captain 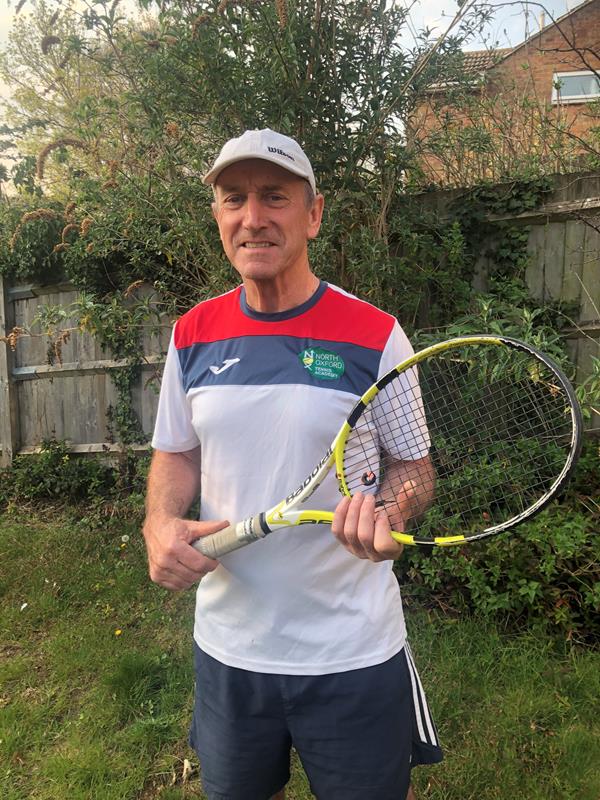 Although my mum and her sisters played tennis, as a youngster I was far more into other sports, especially football. It was not until my youngest son, Jack, started  showing some potential that I also started to enjoy tennis more. We played regularly at Bury Knoll Park on a Saturday morning, usually on a court next to another youngster and his dad (that youngster was one Joe Cartledge). As Jack started to improve I decided to give him lessons at a club – NOLTC. That was over twenty years ago.  We joined the club as a family and have enjoyed many great tennis days since.

I am currently Men’s Captain, and Captain of Men’s B and Mixed B teams.
My role of Men’s Captain involves working with the other team captains to ensure that members are allocated to the appropriate team for their ability. I also try to assess new members to help them find the most suitable team. Most of this is carried out on a Tuesday evening at team practice.

What is your favourite sporting moment?

It has to be Kenneth Wolstenholme’s commentary, “Some people are on the pitch. They think it’s all over. It is now”, when Geoff Hurst scored England’s 4th in ’66.

Les Miserables. My wife took me. Although she told me it was a musical I couldn’t believe that they would sing every line of dialogue.

I used to be a very keen music lover.  Well certain types, anyway. I’ve seen all the greats – The Who live at Charlton in ’74, Chuck Berry and Rod Stewart at Buxton festival, Led Zeppelin at Knebworth. My last live gig was probably the Wailers at the O2 on the Cowley Road. Only one of the originals played and he was in a rocking chair, but it was still great music.

Where was your most memorable holiday?

Well, as my memory is getting worse each year it has to be last year’s trip to New Zealand!

Just getting back on court this year would be nice. Although I love playing on the grass, I am hoping that we will be able to go ahead with plans to get clay courts which are playable all year round. A little bit more variety to add to the great experience we already have at NOLTC.