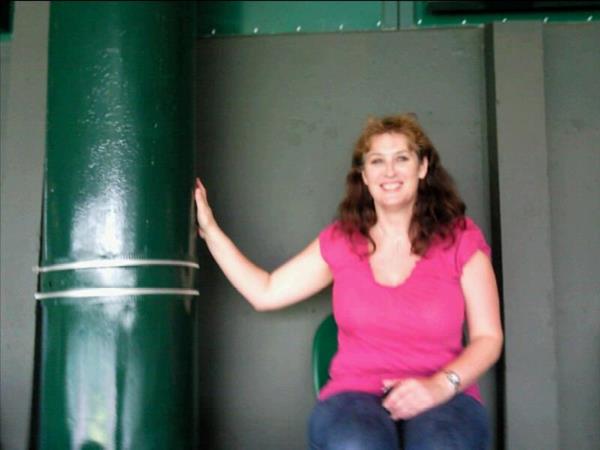 I’d always enjoyed watching tennis, first on tv and then with trips to Wimbledon, but only started playing in my 30s. It was a case of now or never! I joined the club in 2002 and signed up to rusty rackets to get started. I was quickly hooked and played on social nights to begin with, and then joined a team a few years later.I have been captain of the Ladies’ E Team for a while now. I joined the Committee as Events Secretary “until the end of the year” in September 2006 and became Fixtures Secretary in, I think, 2010 after taking a (very) short break.

I oversee the club’s fixtures. Twice a year, ahead of the summer and winter seasons, I liaise with my counterparts at other clubs to ensure our schedules for the coming seasons work. The key things are court space and making sure we don’t have inter-dependent matches at the same time (ie. a Ladies’ A match and a Mixed A match would require the same players, so couldn’t take place on one afternoon). After 3-4 weeks of phone calls and e-mails we have a meeting where it is all finalised. It’s incredibly amicable.
Winter is relatively straightforward but summer is a real challenge. Our league fixtures, Team Tennis matches, plus the British Tour, County Week, Oxfordshire Festival of Tennis, and our own club events have to fit into a surprisingly small window of time. Usually our biggest problem is the weather affecting things. We have never factored a global pandemic into the season.

The people. There are so many wonderful things about the club – the courts, the coaching programme, the great events – but our people are brilliant. And I am particularly inspired  by our senior members to believe that there’s a place for me on the courts for many years to come.

What is your favourite sporting moment?

There are so many, I am a great armchair sports fan. During the Olympics I find myself glued to sports I barely understand. I think my favourite non-tennis moment was Nick Skelton winning gold in the show jumping in 2016. As a child I was obsessed with horses and some of that remains. I had been following the event all afternoon and was barely able to breathe as the last contender who could have won entered the ring. Luckily for my nerves he knocked a fence down early. I admit to a few tears at the end!

At the cinema, Emma. And I loved it. I am a sucker for a happy ending so it’s Jane Austen, Little Women and Paddington 2 all the way for me.

Dessert, always! Even if I don’t actually have a dessert I will study that part of the menu most closely. But I frequently plan my meal around the dessert.

Last year I went to a festival of Northern Irish music in Bangor, Co. Down, headlined by Snow Patrol.  We were stood about 4 or 5 rows back from the stage with nearly 40,000 people behind us. As things were drawing to a close, Snow Patrol played U2’S One to celebrate music from the whole of Ireland, and then Bono walked onto the stage as an unannounced special guest, so that was pretty amazing.

What bones have you broken?

I broke my leg in a riding accident when I was very young, It was the summer of 1976, famed for its heatwave, and I had to wear a heavy, old-style plastercast. We actually found the cast in the loft of my parents’ house a few years ago – I couldn’t believe how small I would have been at the time. I just remember being hot and itchy and uncomfortable. But I probably enjoyed being the centre of attention.

In the very short-term that we are all on the courts again soon. I miss it. But mainly for more volunteers, both for small and big tasks. The club has so many possibilities and so much potential that I hope we can develop and remain an inclusive member-led, dynamic club.