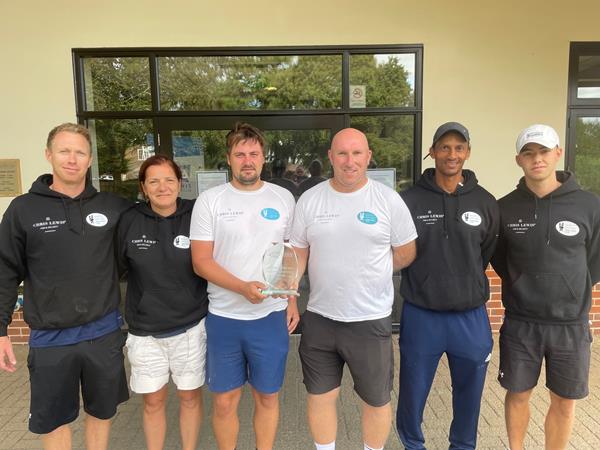 As South West Champions our Men’s National Team, for the second time, were in the Finals at the West Hants Tennis Club, Bournemouth.

Friday started off with a tough draw against Sutton Tennis Club (No1. seeds), who were the eventual winners. They then faced Wrexham Tennis Club on Saturday, who fielded the ex-coach of  Emma Raducanu! (Mathew James).

Singles were played by Jon, Ben, Joe and Allan, NOLTC led by 3-1 going into the doubles.

Louis and Joe, and Ben and Jon took on the Doubles challenge.

There was some fantastic tennis played in the doubles but the tough opposition meant a close game, with both matches going to championship tiebreaks to decide the result.

All square after the doubles with 6-6 scoreline.

Onto the ‘penalty shootouts!’ Two singles championship tiebreaks and one doubles. Allan and Ben took on the singles, all square after those had been played, with Jon and Joe having to fight for the win in the doubles. Great tennis was played and the team came out the victors with a 10-6 scoreline.

Overall NOLTC acquitted themselves well in the face of tough opposition & finished joint 5th out of the 8 teams. Well done to all of the team & all the players who played in the team to get to this result.

Also a very special thanks to our Sponsors Chris Lewis Fire and Secruity. If it wasn’t for them we wouldn’t have got to this level. 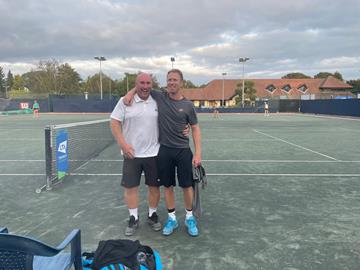 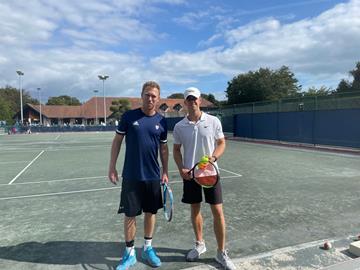