North Oxford LTC has many events organised throughout the year, from friendly tournaments and BBQs to quizzes and Pimms nights. 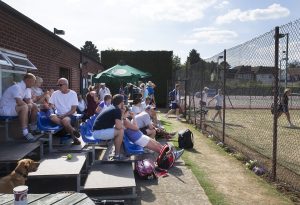 Outside of our regular club nights and mornings (Mondays and Thursday 6:30pm, Tuesdays and Sundays from 10am) we have the following events and socials organised throughout 2019.